The Profcast: Professor Carl May

The Profcast: Professor Carl May 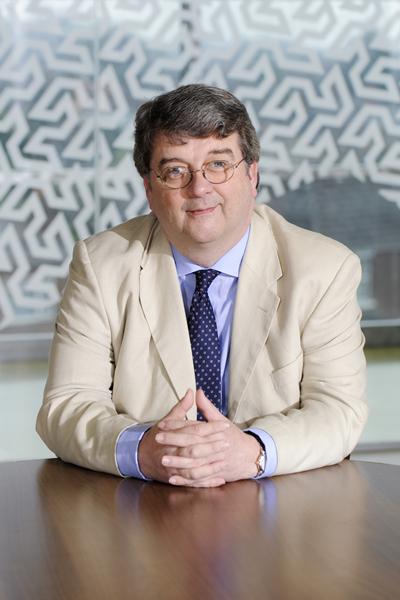 In our latest Profcast IHAWKES speaks to Professor Carl May, Professor of Healthcare Innovation at Southampton University.

Why did you become an academic?

There are many different ways of plotting this story but the simplest, and perhaps the one that is nearest the truth, is that I found that I just loved the work. I did as a student and I do now as a professor. These are fantastic jobs to have. I can’t think of another career where I would have had the opportunities that I’ve had as a university researcher and teacher. My collaborators are often my friends and some of them are very good and close friends indeed.  Together we do great work. This may seem a bit rose-tinted, but it’s true for me.

If you were not an academic what would you be?

I went to university when I was in my mid-20s and before that I worked as a civil servant in the Ministry of Agriculture. It’s quite possible I’d still be doing that kind of work.

When was the first time you felt accomplished as an academic?

I’ll let you know if I ever feel that way.

What are the best and worst reviewer’s comments you’ve ever received?

“This is an interesting paper, but too much in debt to Carl May’s work to stand on its own as a distinctive contribution to implementation research.”

If you could do one thing to improve population health in the UK what would it be?

How do you achieve a work life balance?

I don’t really, but I am trying.

How has academia changed since you started?

In lots of ways it’s changed for the better. It’s true that universities have become more intensively managed, and are less congenial employers. It’s very difficult to summon warm and affectionate feelings towards a strategic business plan, and we should all be worried about the casualization of many academic jobs. But when I started out equal opportunities were a joke, career development and mentoring were laughable, and PhD supervision and assessment were often pretty inadequate. People have devoted a good deal of effort to trying to right those wrongs. I’m lucky enough to have been involved in some of those changes and I’m proud of what we have achieved. Over the past two decades, research and teaching has become much more interdisciplinary and collaborative and is a lot more interesting as a result. As researchers, we still have tremendous freedoms of thought and action and incredible opportunities to develop ourselves, and our work.

What makes you happiest?

Being with Mrs May.

What is your favourite book?

I have a very old, stained, and battered copy of Elizabeth David’s French Provincial Cooking. I have owned it since 1985. Carefully reading this book and practising the techniques that it describes immeasurably improved the quality of my life even when I was very poor. If I had to save one of my books from a fire, it would be that one.

Where is your favourite place in the world?

I thought it would be easy to answer this question, but actually it’s nearly impossible. The countryside heading southwest from Farnham in Surrey to Alresford in Hampshire – and especially the fields and woods west of the village of Crondall – is a sort of ancestral territory for me; the New Forest National Park around Bramshaw is equally wonderful, and so is the Northumberland coast between Bamburgh and Duntisburgh.

If you could go back in time and do one thing differently what would it be?

I would have had the Tempura Prawns rather than the Tuna at La Terrassa, Alcudia, Mallorca on the night of 4 May 2011. That would have saved me from several days on the brink of death, five weeks in hospital, and nearly six months sick leave.

Who has helped you most in your career?

There’s a very long list and it feels wrong to single out some and not others. However, two people were spectacularly important to me right at the beginning of my working life. I did very badly at a very bad school and would never have had a career of any kind were it not for Doris Martin and Enid Newman, two senior civil servants in what was then the Ministry of Agriculture. They took me my under their intellectually formidable wings and subjected me to what at the age of 19 I thought was a reign of terror, but which actually turned out to be a very rigorous training in how to handle ideas and data and how to express them in writing. Thanks to them I went to college and at college I accidentally met my wife: all of my subsequent good fortune and happiness stems from that chance meeting.

What part of your job do you find most challenging?

Time management. I’m useless at deadlines, diaries, and so forth. I’m sure that my best work is yet to come, but I’m so incredibly disorganized that it may never get done.

What is the best piece of advice you have ever received?

When I was a boy my father told me that the only person that I would ever really be accountable to was myself. He added that if at the end of the day I was content that I had done the best job I could, then that was quite sufficient but that I – and not anyone else – was the best judge of this. Of course, I’ve never been content with what I have achieved, but it took time for me to realise that in telling me this he had lifted from me the burden of evaluating my achievements by comparing them with those of others. This was a tremendous gift.